As an avid vim user (better than emacs!), I’m having to escape out of different modes pretty often. Hitting the escape button on most keyboards adds a lot of friction being pretty far away from home row on a keyboard (not to mention simply missing on some versions of Macbooks). I’ve therefore remapped caps lock to escape to make it much easier to work with Vim.

For a mac, this is pretty easy and is built directly into MacOS. Within System Preferences -> Keyboard, you can edit Modifier Keys and remap Caps Lock to Escape. 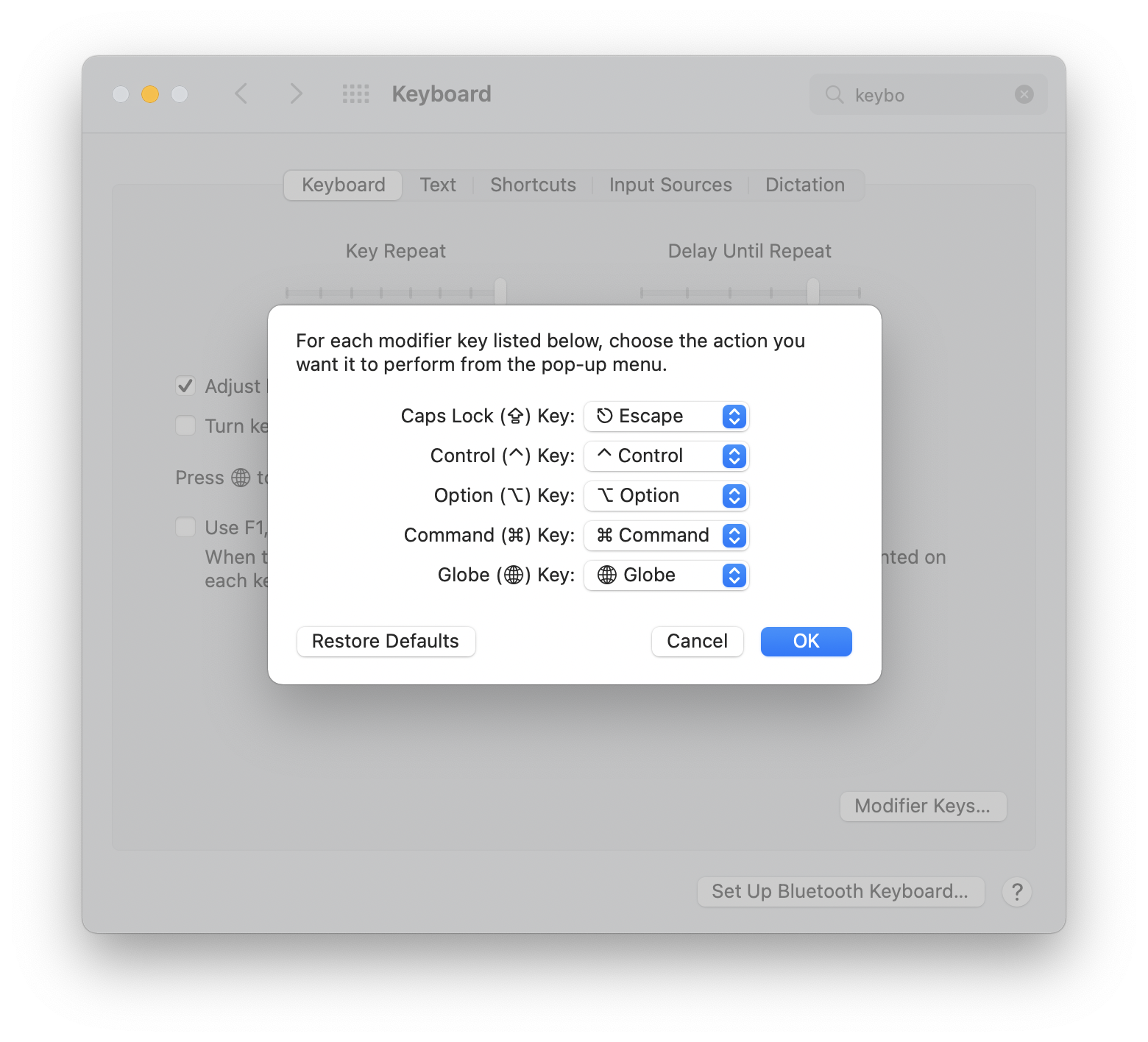 DID YOU KNOW that it’s also possible to bind caps lock to both escape (when pressed individually) AND control (when chording)? I’ve been doing that forever and it’s quite nice. The free MacOS tool for that is Karabiner